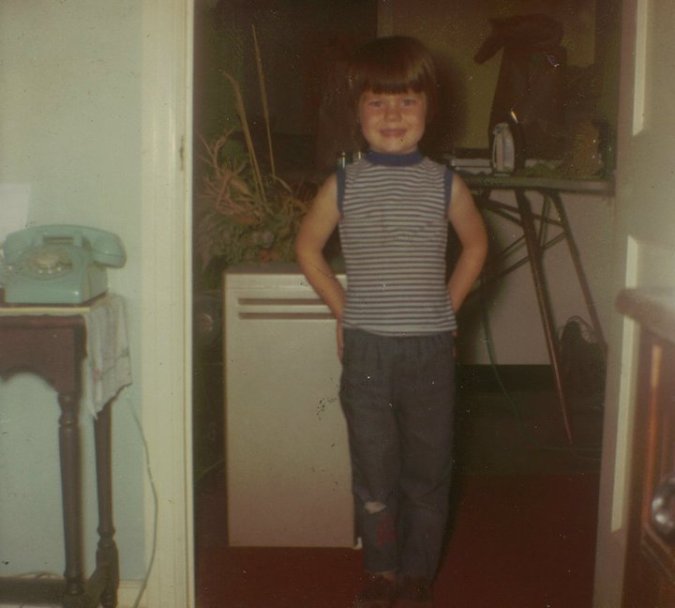 Thinking about what to write in this blog; I kept coming ’round to the topic of adversity. Why do humans often have such a difficult time dealing with set backs in life? A common adversity that can throw us into a tailspin, is the state of mourning brought about by the sudden, unexpected death of a friend or family member. Obviously, adversity is not always associated with a sudden death.

Looking at this photo I think about the horrific abuse I was enduring, but did not even realize at the time. At the age of five the abuse began in my life and continued until I ran away at the age of thirteen. Adversity entered my life with a violation of my body’s innocence.

Memories have faded from the corners of my mind due to my psychological response to the trauma, yet the night my birth father woke me from my top bunk is crystal clear. “Come sleep in daddy’s and mommy’s bed, daddy is lonely with mommy gone”, he said. I loved my daddy at the age of five so why wouldn’t I go? Where was my birth mother? She was in the hospital recovering from delivering my 2nd brother, Robert. My 1st little brother, Edward, was asleep in the bottom bunk.

Before I knew it my body was in pain and as I cried out, Dick comforted me telling me it will not hurt long. How does a twenty-three year old man call his five year old daughter to come sleep with him and rape her? It is damn hard to comprehend, I have to confess. Nevertheless, that is my story.

Like most little girls I thought my birth father was superman, before that life changing event. I couldn’t wait for him to come home from work and did not like it when he was gone for extended periods of time. Let’s just refer to my birth father as Dick from here on out. Dick changed from a superhero to a villainess, predatory monster. I learned to pray for extended periods when Dick would be gone, even though life was still far from healthy with him away.

When Dick was away,  many times Edward and I would be locked in our bedroom overnight. Jean would go out and usually came home the next morning. There was an exception, of course. One morning she did not return and as the day continued Edward and I began to get hungry. Minutes turned into hours and she never unlocked the bedroom door to let us out. Climbing up onto the top bunk was the only way that I could see outside. The windows in our room were small and were very high up on the wall. Looking out the window, I could see our side yard and the neighbors garage but no people were around.

Day turned into to night without anyone coming to get us. Edward had begun to cry a great deal and nothing I tried would take his mind off of crying. Once the sun set for the night, sleep seemed to be the only way to deal with being scared and hungry. In the early moments the next morning, just before the sun began to illuminate, I woke up to Edward screaming. The large lamp at the end of our room had a glowing base. Wrapped around the base was a pair of pantyhose and my brother thought it was a snake.

His screams and crying were too much for me to take and I had to do something. Up on my bunk I starting yelling for help as he continued to cry. At six years old I was experiencing adversity that I would not wish on anyone. After hours of crying and yelling, there was knocking on our window. Looking out from the top bunk, I could see two adults, maybe the next door neighbors……don’t remember. They ended up taking us out of the room through our window and down the ladder. Keeping us for another day until she finally returned home………….

Weeks after my birth mother, Jean, came home with Robert I sat on a brown leather ottoman looking out of our living room bay window, as Jean pushed Robert’s crib up our street. Robert was with her, of course and after that day I did not see either of them again for almost two years. Edward and I were left to live with the monster Dick………..

Just these few events set me up for a life of trauma and dysfunctional relationships, it set me up to have little to no regard for my body. PTSD from childhood trauma is known now, but not when I was a child or young adult. During my college education, I was able to retrospectively evaluate behaviors throughout my life and identified PTSD symptoms. Although one traumatic event can cause PTSD, years and years of abuse changes the brain as well. Sexual abuse instills a sense of shame in the victim according to PsychologyToday.com. That is an understatement!

I will end for today. After my first posting yesterday my mind has been racing with thoughts and memories. I think that I have needed an outlet for way too long and I am glad to have a chance to tell me story. I hope that I will help or at least inform someone about the life long effects of child abuse , but more importantly I hope to continue growing as a human.